Clarinet Fusion is the result of the inspiration, hard work, and determination of founder Karyn Weber. Begun as a quartet/quintet in the fall of 2009, Clarinet Fusion performed several concerts each year until the spring of 2012 when it expanded to a full choir, which includes the extended range of the harmony clarinets. On June 28, 2012 Clarinet Fusion held its debut performance as a full clarinet choir. They were led under the baton of Dr. Lawrence E. Anderson, U.C. Davis Director of Bands-Emeritus. In the fall of 2014, after two successful seasons with the skills they had built under the baton of Dr. Anderson, Clarinet Fusion took the next step of its evolution: performing in the classical style of a chamber music group without a conductor. That has been an ongoing challenge for the musicians as they must mutually, and continually, “agree” upon the numerous nuances of tempo, rhythm and blending of sound during the performance of any given piece of music. Clarinet Fusion is now celebrating its 11th season as a full choir and 15th year in existence.

In the winter of 2013, Clarinet Fusion applied for and was accepted to perform on stage for family and friends at Davies Symphony Hall, home of the San Francisco Symphony (SFS), as part of the SFS Community of Music Makers Chamber Music Workshop. This was the first of four annual appearances for Clarinet Fusion, at the Chamber Music Workshop program. For each of the workshops, Clarinet Fusion members were coached by Jerome Simas, Utility Clarinetist of the SFS. They have had the pleasure of keeping that mentoring connection active with Simas, and to have him join Clarinet Fusion on stage, in concert, for one of their summer 2019 performances.

In 2019, Clarinet Fusion applied for was selected to perform at the International Clarinet Association’s annual ClarinetFest 2020 in Reno, Nevada; with the performance taking place at ClarinetFest 2022, due to in-person festival postponement for 2020-21.

The members of Clarinet Fusion collectively boast over 300 years of music-playing experience, with a majority of that on clarinets. In addition to the clarinets regularly played in performance, various members also have experience playing other instruments such as: A and C clarinet, flute, ukulele, french horn, trumpet, baritone horn, tuba, electric bass, piano, and the typical saxophone family: soprano, alto, tenor, and baritone. These musicians also regularly play with a number of other San Francisco Bay Area bands, orchestras, and musical theatres, totaling nearly 20 different groups. 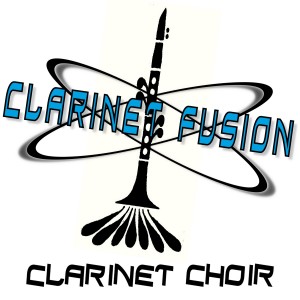